Project Title: EU H2020-INFRAIA-project No 731065 "AQUACOSM: Network of Leading European AQUAtic MesoCOSM Facilities Connecting Mountains to Oceans from the Arctic to the Mediterranean" 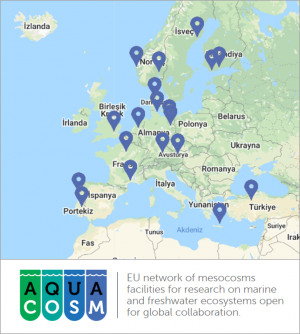 As a partner of AQUACOSM, METU MESOCOSM SYSTEM hosts researchers worldwide and together they conduct research on the impacts of climate change in freshwater ecosystem using METU Mesocosm System. For more information on the AQUACOSM project, please visit the project website at https://www.aquacosm.eu/. 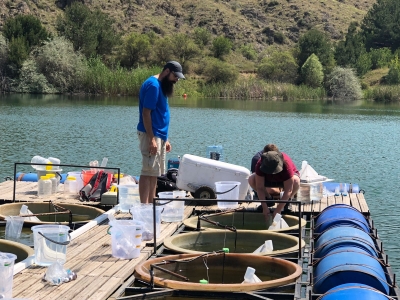 The primary objective of the experiment was to evaluate the effects of microplastics (MP) in shallow freshwater lakes by exposing surface, water column and sediment of mesocosms simultaneously to the environmentally relevant mixture of various microplastic polymers.

The following hypothesis were tested in this 2018 mesocosm study  (1) MPs found in the water column would stay long enough time be ingested by zooplankton and this ingestion would likely cause a reduction on zooplankton biomass especially in the high concentration; (2) MPs in the sediment would be ingested by the sediment dwelling community that would cause and observable effect of morphometry and emergence pattern; (3) MPs would be transferred between trophic levels through the ingestion of MPs by prey and predation.

For this purpose, METU Mesocosm System at Lake Golet was used with 12 mesocosms with 3x4 factorial design. There were 4 tanks with Low MP Dose (L-MP) having environmentally realistic MP concentrations (0.007 g MP/m2 of surface water; 2 g MP/m3 for water column; and 8 g MP/m2 of sediment), 4 future scenario tanks with High MP Dose (H-MP) having 10x higher concentrations than L-MP, and 4 tanks with Control (C) having no MP additions. Based on the available freshwater literature on the composition of microplastics in various compartments, we exposed sediment layer with the following MP composition: 45% polyethylene; 20 % polystyrene; 15% poplypropylene; 10% polyamide; and 10 % polyvinylchloride. On the other hand, surface layer was exposed to 50% polyethylene; 40% poplypropylene; and 10% polystyrene. For the water column, we used fluorescently-labelled polyethylene (50% green polyethylene with 63-75 µm in diameter, 50% red polyethylene with 10-45 in diameter) to track ingestion and transfer of MP between trophic groups. 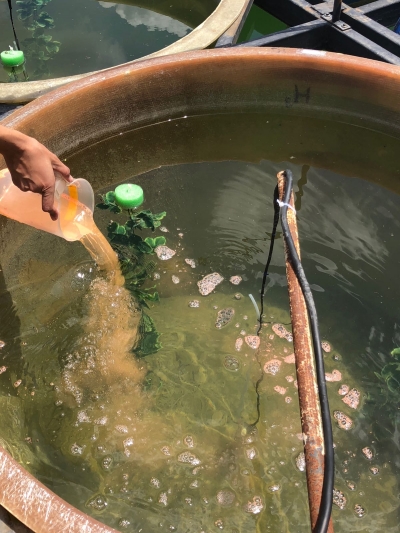 We had 2 TA Access teams with projects MICROFREAK and EMPOWER, comprising scientists from Serbia, USA, Czech Republic and UK. 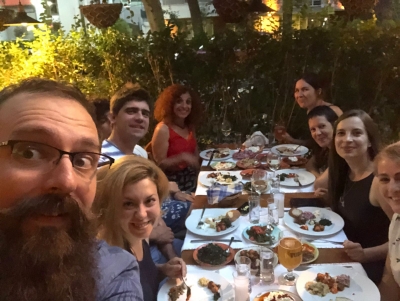